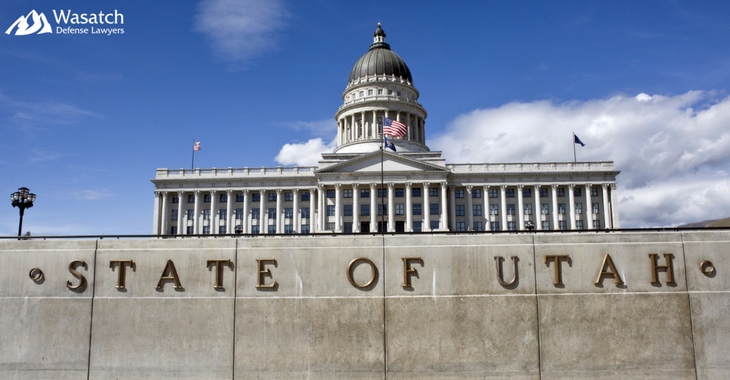 Last month, Utah became the latest state of at least 22 others to make changes to its stand-your-ground law. Utah’s House of Representatives has confirmed a new bill to better protect its citizens, allowing them broader rights to defend themselves if attacked. Let’s look at the facts:

What Is a Stand-Your-Ground Law?

In general, stand-your-ground laws – which apply to criminal cases – provide the option to quite literally “stand your ground” under certain circumstances. In other words, one is legally permitted to use force before attempting to retreat from threats (or perceived threats) to protect themselves or others.

What exactly qualifies as “force” and “threats” varies from state to state. Under Utah Code § 76-2-402(1)(b), statute describes a person as “justified in using force intended or likely to cause death or serious bodily injury only if the person reasonably believes that force is necessary to prevent death or serious bodily injury to the person or a third person.” This is could be for two reasons:

As the law stands now, this person may be justified in using force if they believe it necessary. But this has created a gray area for how best to act in certain situations – which, of course, differ in every case. By approving the new bill, the House committee aims to clarify exactly what self-defense entails.

Sponsored by Republican Rep. Cory Maloy, the bill will update the self-defense statute to establish the victim’s right to defend themselves from an attacker “even if safety could be achieved by retreating.” This essentially guarantees that their decision to use force is safeguarded by law.

“The intent here is to just make sure that if someone is innocent, and they find themselves in a self-defense situation, that their rights are protected,” Maloy said.

If passed, defendants charged with violent crimes can no longer be held accountable for failing to retreat in a court of law. This will have a widespread impact on cases in which failure to retreat is used against the defendant as evidence, by eliminating a jury’s ability to use this as a deciding factor.

Also known as “shoot first” laws, stand-your-ground laws have come under significant controversy elsewhere across the country, especially after the 2012 fatal shooting of Trayvon Martin in Florida. Not surprisingly, the new bill has been met with opposition.

David Spatafore, a Utah Chiefs of Police Association lobbyist, expressed discomfort with the potential leeway for civilians to act inappropriately through lack of training. “Law enforcement officers are trained to make those decisions in a split second,” he noted. “The average [person] is not.”

While racial bias and increased homicide rates are a concern, however, the bill’s supporters argue that Utahns should not be denied their rights to self-defense on the premise of training. Maloy himself emphasizes that he does not mean to promote excessive force.

“There’s no room for provoking violence or provoking aggression or being an aggressor yourself,” he said. “We are not advocating any kind of aggression at all.”

It’s clear that, even with Maloy’s proposed changes, the law may still be open for interpretation. Nevertheless, it at least makes an apparent attempt to protect civilians’ rights.

What are your thoughts on the proposed new law?