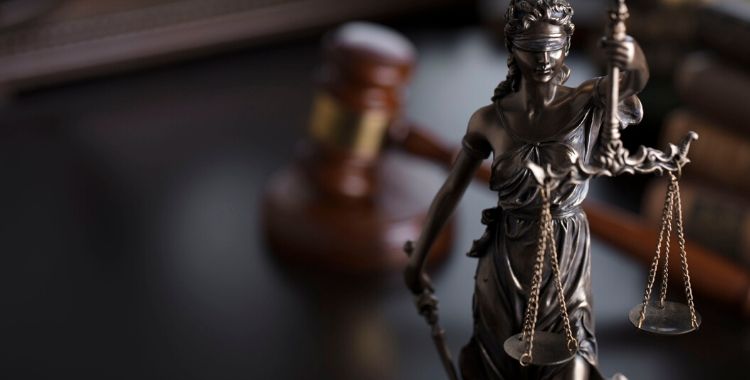 If you’ve been charged with molestation in Utah, it is important to understand that a conviction could likely change your life forever. To avoid the harshest punishments, it is vital that you speak with a defense lawyer as soon as possible after being charged. Our experience providing representation and successfully navigating the courts allows us to provide you the best possible outcome for your molestation case. Our legal team is ready to listen to the situation without judgment–then, we can offer our expert legal advice on how you can protect your rights and defend yourself against the prosecution of molestation charges.

If you have been accused of Molestation or a related crime in Utah, our Top-Rated Criminal Defense Attorneys are here for you. Call today, or submit our contact form to schedule a FREE, No-Obligation, Case Review.

You may wonder, how is molestation defined legally? The crime of molestation includes any sexual acts with children under the age of 18. While it may include touching or intercourse, it can also include actions such as taking pornographic photos or inducement of sexual acts. Molestation can also be attributed to sexual acts against an adult that fall short of rape. Molestation can be committed over time and may include “grooming” the victim to become a seemingly willing participate. The majority of these charges will be a felony in nature if they are proven in a court of law. Information regarding molested meaning, or further information about sexual abuse of a child, can be viewed in detail on the Utah State Legislature website.

What is the Penalty for Molestation in Utah?

If found guilty of this type of crime, what are the consequences of child molestation? There is the possibility for jail time (which can be lengthy), hefty fines, and a mandatory lifetime sex offender registration. This sex offender registration can make it difficult for you to find employment and housing, even years after you are released from jail. A case could be considered as having aggravating factors (usually resulting in punishment for molestation being more severe) if there were threats of violence, injuries or additional victims or acts involved in the case among other possible mitigating factors. Understanding exactly what your case entails can make the defense process go much more smoothly.

Protecting Yourself Against False Accusations of Child Molestation

Because child molestation is taken so seriously, it can lead to false accusations.This could be by someone who intended well but was misinformed. It could also be the result of a young child not communicating clearly or overreacting to an innocent situation. Finally, some people may knowingly falsely allege child molestation to gain an advantage in family court proceedings, employment, or some other area.

Adults may mistakenly report something like child molestation in a number of circumstances. With the emphasis placed on reporting child abuse, it’s actually fairly common. An adult may observe someone alone with children and assume something improper happened. They may also assume that non-sexual contact was part of a pattern of molestation. It’s also common for adults who spend a lot of time around children to be accused of grooming them for molestation.

False or Incorrect Allegations of Child Molestation by Children

Every parent probably has a horror story of a child learning a new word and shouting it at inappropriate times. Children also say things with innocent meanings that an adult can take the wrong way. Even a simple “stop touching me” could be overheard and lead to another adult making a child molestation report.

Parents are teaching their children about stranger danger and not letting anyone touch them at an earlier age. A child might take this too far and report something like a touch on the shoulder or a clearly accidental brush against a private part. Depending on the maturity of the child, it may be difficult for adults to understand the full facts.

Children sometimes intentionally make false reports. Often, this is against an adult they’re mad at such as a parent who just punished them or a teacher who gave them a bad grade.

Adults also sometimes make false allegations of child molestation for their own gain. It could be a parent trying to win a custody battle, or it might be someone with an ax to grind who wants to get someone fired.

Whether an accusation is false or incorrect, any child molestation accusation can ruin your personal and professional life. While a molestation defense lawyer can help you beat the criminal charges, there’s a chance you will always be known as an accused child molester.

Many organizations that work with children provide training to keep the kids safe that adults should apply in all parts of their life. Always try to avoid situations where you’re alone with someone else’s childrenso that you have an adult witness of anything that happens. Also, try to avoid any type of physical contact even if it goes against your personality and what you think should be appropriate. No matter how baseless the accusations are that are made against you, and no matter how much the evidence points to your innocence or how pristine your reputation may be prior to the charges, you are in grave danger of losing everything if you’re found guilty. Having the right law firm behind you when you are facing a serious charge like molestation is extremely important. If you have been charged with molestation, a skilled criminal defense attorney may be able to help you retain your freedoms. Contact our firm for a free consultation by calling or filling out our online form. We want to help you get the best possible resolution for your case.

Facebook Twitter Youtube
Copyright 2022 Wasatch Defense Lawyers | Privacy Policy & Terms | Site Map
Designed by Utah SEO Pros
Legal Disclaimer: Information contained in this website is intended as general introductory information only. The information contained on this website should not be construed as legal advice and should not be relied upon as such. No solicitor-client relationship arises as a result of accessing or reading the information contained on this website. Contacting Wasatch Defense Lawyers (the “Firm”) through the website, by e-mail or other means does not create a lawyer-client relationship with the Firm or any lawyer of the Firm. Accordingly, the Firm will bear no liability to the user, in any form. Before forming a lawyer-client relationship, it is necessary that the Firm determines whether any conflicts of interest exist and agree to the specific terms and conditions of the engagement, including remuneration. There are no representations or warranties made as to the accuracy or substantive adequacy of any information provided on this website. Legislative changes and changes to the interpretation of existing laws necessitate legal advice. For information particular to your employment situation, you should seek legal advice from an experienced employment lawyer in your jurisdiction. No action with regards to your particular circumstances should be taken until you have obtained legal advice. Reviewing this website should not be viewed as having sought professional advice, but rather as obtaining general information which should not be relied on.