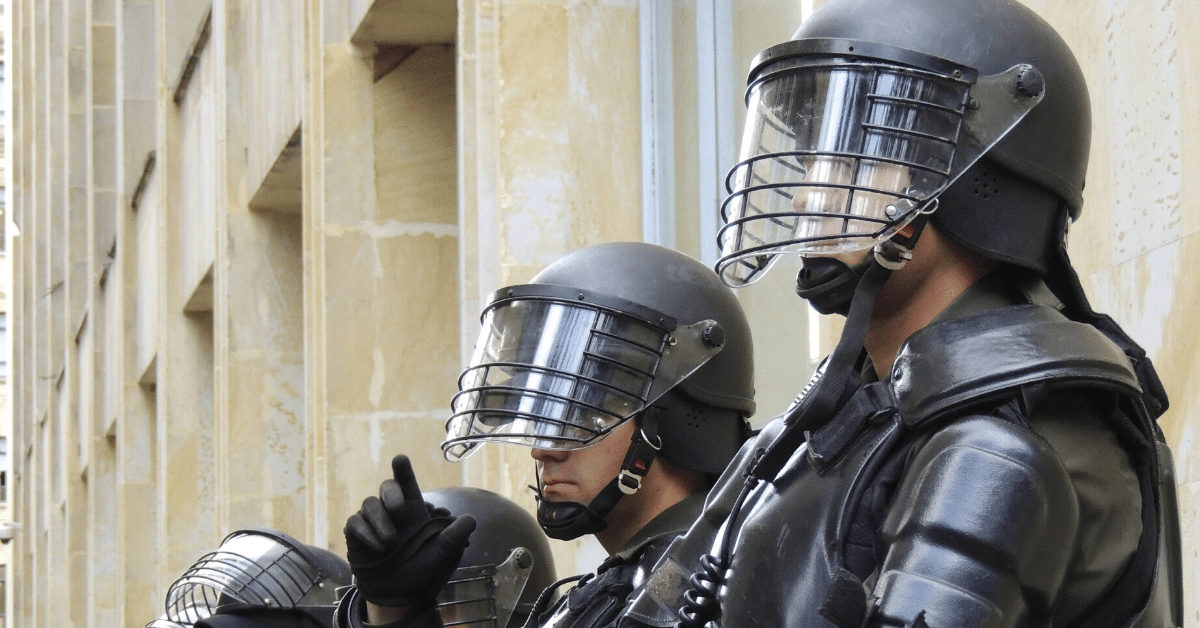 The notion of professional law enforcement is a relatively modern invention that was produced in response to economic factors and political pressures. Policing in Colonial America was historically very informal, for-profit, and privately funded. Townships would typically rely on volunteer “night watchmen” to look out for fellow colonists engaged in debaucheries such as prostitution or gambling. Night-watch officers were overseen by constables (an elected position), and the actual police work of making arrests was usually contracted out to local thugs or criminals. However, the night watch system was not efficient or effective, and there was a need for more dedicated law enforcement in the growing colonial cities.

Perhaps unsurprisingly, economics has always been the primary driving factor in the creation and evolution of American law enforcement. In the Southern states, the police force was primarily created to preserve the slavery system. The earliest police in America were the formal slave patrols created by the Carolina colonies in 1704. These organizations were tasked with chasing down runaways and quashing revolts. Following the civil war, local sheriffs functioned in an analogous way to the earlier slave patrols, often enforcing segregation and the disenfranchisement of freed slaves. In larger cities of the Northern states, the night watch system proved to be totally inadequate to keep peace and ensure security among the tradesmen. The first publicly funded police force was organized in Boston in 1838. Boston was a bustling commercial port town, and local businesses had been hiring people for generations to protect their property and safeguard the transport of goods. The colonial merchant guilds lobbied the local government and were able to transfer most of the cost of policing to the citizens of Boston—this was done in the name of the “collective good.”

The factor that has driven to the formation of American police is political corruption. In the late 19th century, fears of labor-organizations and general xenophobia towards the large waves of Catholic, Irish, Italian, German, and Eastern European immigrants fueled public outcry for the restoration and preservation of law and order. Police captains and sergeants were appointed by elected officials at that time, and cracking down on immigrant communities was a great way to gain popularity among voters. Moreover, unsavory politicians, such as the infamous William “Boss” Tweed of Tammany Hall, would routinely use police to harass opponents and voters. It was not until the Wickersham Commission of 1929 that the gross political corruption of American police was finally addressed in a meaningful way. In response to the commission, police were given the independent authority as executive agencies, and direct political control over law enforcement was largely dissolved.

Eventually, the professional law enforcement we know today did emerge from the furnace of early American politics. But it should be remembered that the concept of the career cop has only existed for less than a century, and the profession is still evolving today.

The Uniting and Strengthening America by Providing Appropriate Tools Required To Intercept and Obstruct Terrorism (H.R. 3162, the “USA PATRIOT Act”) has changed the way policing operates in the United States. Most notably, the Patriot Act allows law enforcement agencies to conduct a search and seizure without notifying the suspect. The Fourth Amendment protection against unreasonable search and seizure typically requires the government to obtain a warrant and give notice to the person who’s property is being searched. And while the Supreme Court recently affirmed that notice is a critical facet of Fourth Amendment protections, the judiciary has not ruled on the constitutionality of these “sneak and peek” searches authorized under the Patriot Act.

Civil rights groups have analyzed federal reports from 2011-2013 on “sneak and peek” warrants issued under the Patriot Act, and found that there were more than 11,000 requests for delayed notification searches in 2013 alone, and a total of only 51 were used in subsequent terrorism cases. The vast majority of Sneak and Peek warrants were executed against suspect drug manufacturers and distributors. In fact, fraud, theft, and even immigration investigations all garnered more Sneak and Peek warrants than terrorism cases.

While there were limited circumstances when a notice was not required under the Fourth Amendment (such as when it might endanger someone’s physical well-being), section 213 of the Patriot Act codified the practice. Delayed notice was a relatively rare occurrence prior to the Patriot Act. Today, delayed notice has become a standard law enforcement procedure.

Recent years have seen the proliferation of excessive force by law enforcement. Incidents of military-style police S.W.A.T teams making headlines for brutal acts of violence are no longer uncommon. But why has it become a standard tactic for police to deploy heavily armed and armored forces into our neighborhoods? The answer: the terrorist attacks of September 11, 2001.

Prior to 9/11, law enforcement was primarily responsible for combating domestic terrorism. Today, the United States military complex is at the forefront of fighting terrorism both domestically and abroad— and this shift appears to be permanent. In 2006, the Bush administration announced that the United States had “broken old orthodoxies that once confined our counterterrorism efforts primarily to the criminal justice domain.”

In order to address the newly declared war on terror, police forces throughout the nation have been providing military training and equipment— today, American police utilize military-grade equipment and weaponry (including body armor, assault rifles, and attack helicopters) against domestic targets with startling regularity. However, the most concerning consequence of America’s rapidly militarizing police force is the evolution in the mentality of individual officers. Police are no longer “peacekeepers” of the community, but instead “soldiers” in the war against crime and terror.

Citizens should be mindful of the consequences of militarizing law enforcement. When police officers are dressed like soldiers, armed like soldiers, and trained as soldiers— it is not surprising that they might begin to act like soldiers. This is problematic because a soldier’s job is to kill the enemy; whereas an officer’s job is to protect the community. A soldier’s role is to proactively seek to inflict violence upon the designated enemy; whereas an officer is charged with reactively protecting community values. And where the role of the warfighter and the peacekeeper were once distinct and utterly divorced—today, they have melded.